But first, the posts I’ve written in my head these past weeks and not put into pixels. 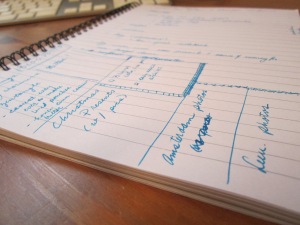 Each of the boxes at the bottom is a blog post in the making.

Happy New Year, my little cream puffs! I have discovered that my correspondence has been unusually spotty of late. I have been a Very Busy Woman.

And then to make up for it, I have been a very lazy woman. And this was even before Christmas. But first things first.

First I was up to my eyebrows in last-minute research. Between teaching, marking and some admin work I’ve taken on, the idea of sitting down and doing the bones of the research took on ever-more-elephantine proportions; it got to the point where I couldn’t just sit down and do it. Until I was forced to, and then I did. And now I remember that it’s all just small steps and doesn’t require any particularly elevated state of mind at all. (This is one of the reasons I make sure to schedule conferences throughout the year. They force perspective.) I’m pretty sure that learning to deal with this cycle before you have to strike out on your own is one of the often-overlooked-but-important functions of grad school.

Then I was in the Netherlands at a conference. There will be pictures, and perhaps, if you’re very good, pithy commentary.

Then Christmas! We were lucky to spend Christmas and Boxing Day relaxing with friends up in Fife. Most of our friends are Kiwis (New Zealanders), so I suppose it shouldn’t be such a surprise that we ended up on the beach on Christmas Day. A wonderful, sunny Christmas. 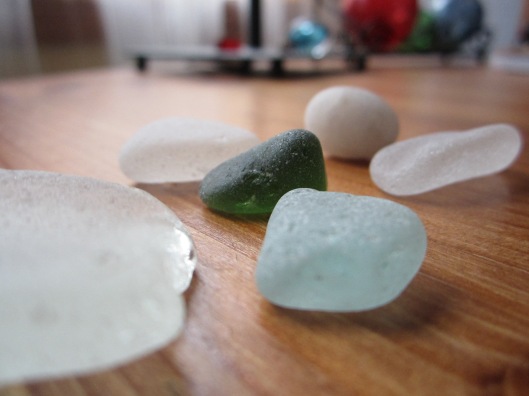 It turns out that the vegetable that New Zealanders call a yam does not greatly resemble what the British call a yam. If anything, they resemble the mandrakes in Harry Potter, but smaller. They taste like very tangy small potatoes. I must confess, I prefer sweet potatoes, but I can see the appeal. International foods ftw! The other Kiwi dish we tried, raspberry pavlova, needs no apologia. It’s delicious.

NTS won the present game by buying two tickets to Wicked when it comes to Edinburgh next week. Belting along with the soundtrack every time I bake has clearly had some effect, and it’s not just better cookies.

A few other photogenic presents: 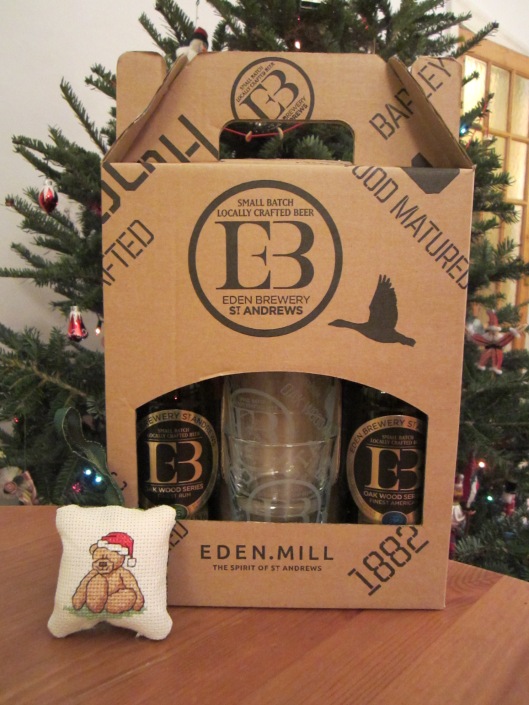 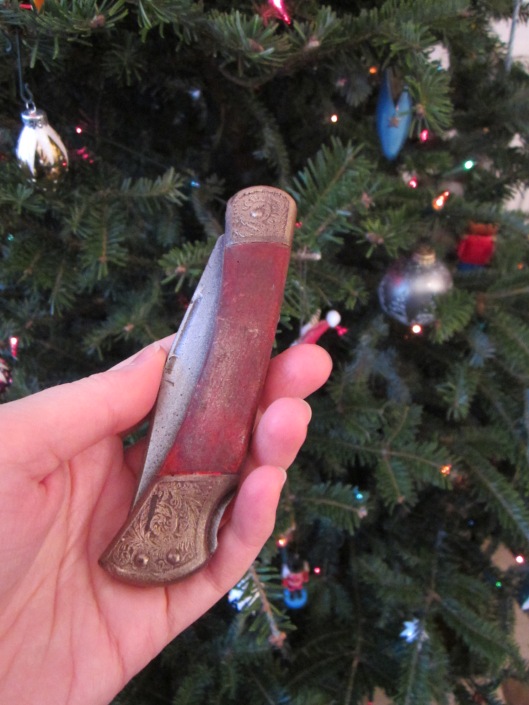 A beautiful pocket knife… made of chocolate. Good chocolate, too, I bit the end off shortly after taking this photo. 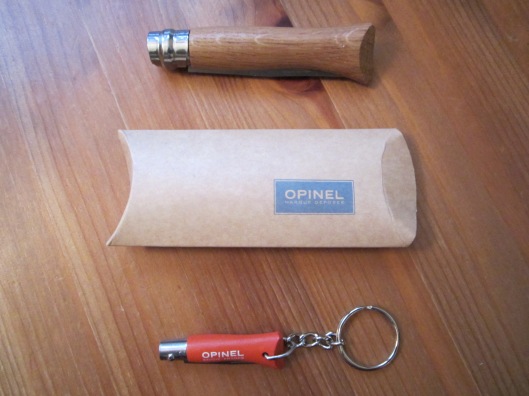 Inspired by the chocolate, I declared 2015 the Year of the Hobby and spent some of my Christmas money on a quality pocket knife for whittling and SCA feasts. I’ve focused on embroidery for a while, since it’s cheap and portable, but I really want to try my hand at spoon carving. Eventually I want to try a kuksa, too, but I have to find some good wood for it.

The tiny one is the size of my middle finger when extended. It’s so little! That one’s just to keep in my purse for opening packages, sharpening pencils and cutting fruit–the original penknife. My leatherman seems like overkill for the purpose. It replaces a lot of tools around the house, though–we used the saw on NTS’s big leatherman to even out the bottom of the Christmas tree so it would stand straight.

Another hobby I abandoned when I moved to Scotland is cycling. I don’t like the idea of communing on Edinburgh’s streets, but there are enough bike paths around to make riding for sport feasible. Much more fun than running, in my book. I’m using Gumtree to get an affordable bike. (And helmet, I promise.) 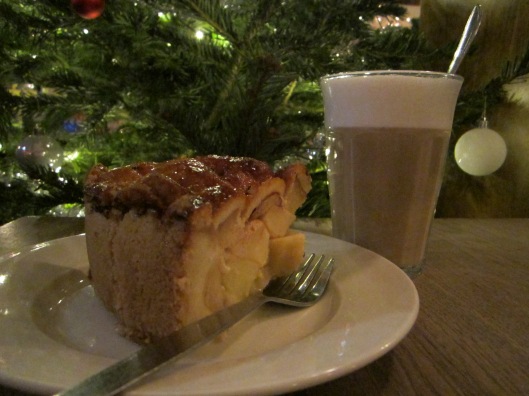 So happy New Year from FarOuterHebrides! You can look forward to more frequent posts in this space in the coming weeks.

High Above the Tag Clouds